Mac Users Are Not Immune to Cyber Attacks 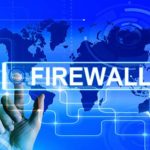 Apple products have long boasted of the relatively few viruses and malware attacks their products have received. The reason was actually quite simple. Many more people use Windows-based PCs than Apple computers. This meant that hackers could infect more computers by targeting known security flaws in the Windows operating system. However, that has changed, and if your business is using Macs or other Apple products, a Houston managed IT services team would advise that Apple equipment is not as safe as it once was.

In March, 2016, there was a significant cyber-attack on Apple computers by a malware app that loaded a version of ransomware to those PCs. This program locks up your computer and forces you to pay a ransom to get it unencrypted so that you can recover your data. If you are currently using a Houston backup and disaster recovery service, you can avoid paying the $400 ransom by downloading the saved files from cloud storage. This is a great way to proactively protect your business’s equipment from a potential disaster. NSC Information Technology Group can help you set up a Houston network security system for your company.

Apple’s seeming invincibility led to a rather complacent attitude by the company. If their products were not being selected for attacks, there was little reason to devote resources to guarding against the threat. Now, hackers have discovered several backdoor entries into the Apple Gatekeeper security software, and they are exploiting that vulnerability to create havoc on businesses that rely on Apple products. The easiest way to breach the Apple security is to get the system to accept files from pre-approved developers whose certificates have been forged to make it appear that the files are genuine to that developer and pose no threat.

Attacks on Apple computers and peripherals increased from about 10,000 per year in 2014 to 70,000 during the following year. The statistics will be even higher for 2016. Microsoft has dedicated considerable attention to figuring out a way to protect their systems, such as having hackers explain how they violate the software and paying a cash reward to people who spot and report security lapses in the Windows OS.

If your company has been the victim of an attack by hackers on your Apple computers or if you want to prevent such an attack, call NSC Information Technology Group at 713-974-3889. We can help you protect your irreplaceable, company-sensitive data from the malicious attempts to steal your company secrets and the personal information of your customers and business associates.