Is Automation the Best Choice for Network Security? 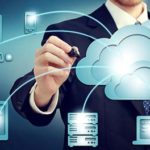 You have probably read or heard about companies that have experienced a cyber attack. Often times, attackers who are seeking personal information on shoppers target the large chain stores. However, even some of the most prominent organizations in the United States, such as the Democratic Party, the Clinton Foundation, the Federal Bureau of Investigation and the National Security Administration, have had their computers hacked and their secrets revealed. Branches of the military and their suppliers are also vulnerable to cyber attacks, and these are supposedly some of the most heavily protected networks in the world. Like any other city, Houston network security is only as good as the IT technicians who are responsible for its maintenance as well as keeping up to date with their network threat detection.

Hackers are always on the lookout for new ways to compromise your intranet, demonstrating the importance of implementing solutions such as Megapath managed security. They develop new methods and hatch new plans continuously. Companies seeking to prevent cyber attackers from violating their networks find it difficult to hire qualified personnel dedicated to thwarting hackers. Competition for these talented professionals is fierce even though they are offered high wages and excellent benefits and bonus packages. Many jobs do not get filled.

This gap between job openings and experienced IT personnel has created a need for the most robust Houston backup and disaster recovery services. It has also forced companies to think outside the box for other ways to beat hackers at their own game. One such adaptation integrates a company’s security operations center (SOC) with its network operations center (NOC). The end result is faster response time and better protection from cyber threats.

To further assist and streamline the efforts, some Houston managed IT services companies are automating the manual processes that have been the most likely to cause errors. Network professionals are more than willing to assign repetitive tasks to automated machines, but they are not willing to relinquish their control of the network or the full pci express interface it inhabits. They believe that automated systems would establish too many parameters, create unnecessary major changes and complicate their responsibilities. Such systems may be complicated to set up in the first place (which is why the services of a commercial it cabling company could come in handy) but operating them is largely a hands-off affair.

Decisions based on company policies establish the triggers that initiate automated threat responses and alert IT personnel to an ongoing security breech. This allows the technicians to contain and remediate the problem, which mitigates the damage. It also alleviates the pressure on the security team to constantly monitor the network.

Automated network security solutions are designed to combine third-party networking with security systems that monitor network visibility and provide an automated threat response to any variance in the network’s context. To automate your network security, the following steps are critical.

Do not let your network fall prey to a cyber attack. Call NSC Information Technology Group today at 713-974-3889 to discuss how we can automate your security system. Cyber criminals get better at their craft all the time. You need a stalwart defense for your network system. We have been serving local businesses for nearly 20 years. Contact us to see how we can help your company.